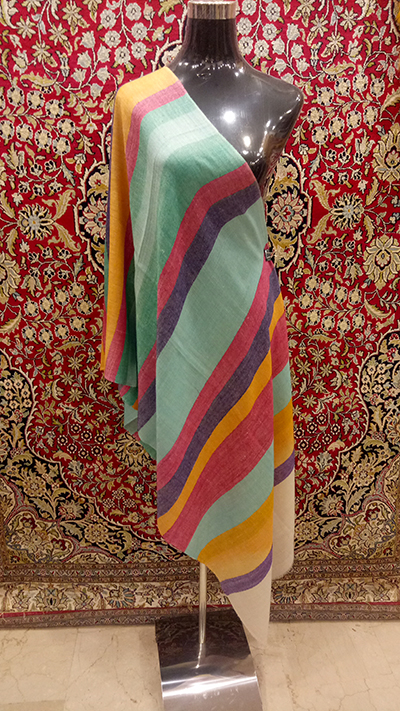 For the people around the world, the word Kashmir is synonymous with woven shawls that have, through the centuries become a word for elegance, style and luxury all over the world. Every Art or Craft even one as sophisticated as the Kashmir shawl, has it's roots in day to day life all over the world.

Shawls aren't piece of fabric. They have rich history dating all the way back to 14th Century, with Sultans, Mughal Badshah's and European nobles patronizing them. They are an art where each motif, each style unfolds an exciting story within 2 mtr by 1 mtr of fabric called shawls.

While the origin of shawls in the world can be traced back more than 700 years, it's not confirmed to say when and where and by whom the first shawl was made. The origins of shawl manufacture with the great figures of Kashmiri history Saint Sayed Ali Hamdani, the noble King Zain-Ul-Ahadin and introduction of pashmina in the market by Mirza Haidar in early 14th Century. It was Zain-Ul-Ahadin in mid 14th century who introduced the art of weaving in the valley and patterns on the woven shawls, the Embroidered shawl was the creation of a raffogar called Alibaba, it's said Alibaba once noticed the imprint of a fowl's feet left on a white sheet and he proceeded to embroider the out line with colour thread to beauty the effect, thus the shawls with embroider was introduced. 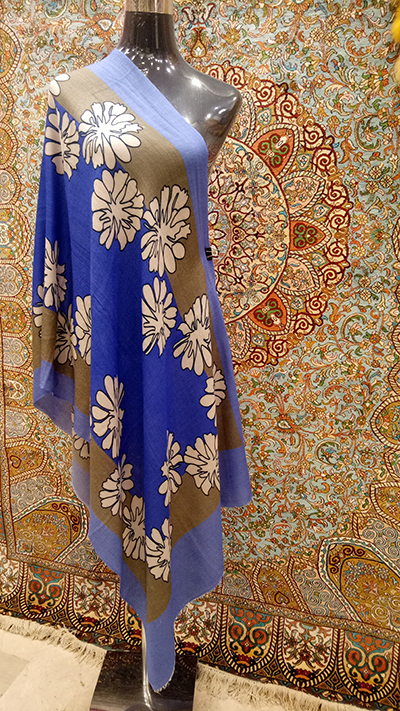 Silk thread is used for embroidery. The Craftsman has to twist the raw silk as per the requirement and size of needle hole, such is the intricacy of fabric and embroider that it effect the vision of the craftsman and some embroidered shawls takes 2 to 4 years time to complete. The first account comes from the Mughals period. The king Akbari indicates that by the 16th Century the Kashmir shawl Industry was an old and well established one. His Majesty encourage in every possible way, the manufacturer of shawls in Kashmir. Fabrics Bernier describe in the late 17th Century, which leaves no doubts that he is referring to the same pashmina shawls that become famous as Kashmir (Cashmire) Shawls, It became a garment of high fashion, the style being set by Empress Joscphine after she received Kashmir shawls as gift from Napoleon.

The shawls became a habit to the wardrobe of every fashionable women in Europe, particularly in France. The Industry Flourished during this period. The Industry suffered through the reign of afghan and then seikh rule, a highly unskilled period of Kashmir history, during this time all craft declined , but during Maharaja Ranbir Singh time late 18th Century the trade picked up and then with the exhibition of shawls in early 19th Century by Major Stuart H. Godjrcy in European market helped to create awareness for kashmiri shawls over again in the world.