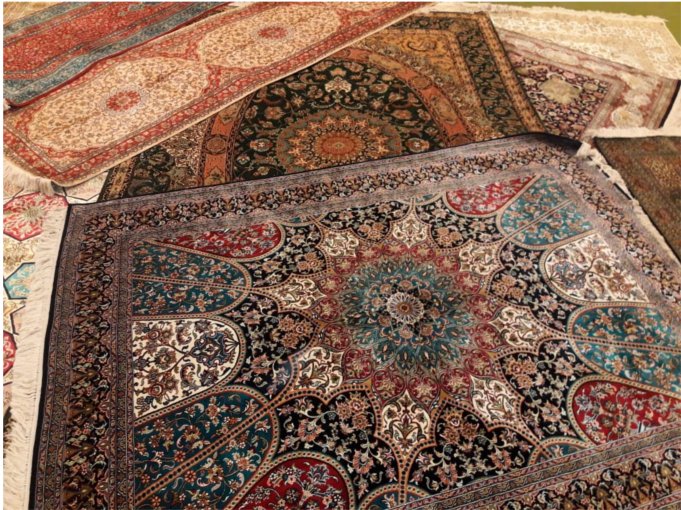 It's not possible to say when, where by whom the first pile carpet was made in the world, but can be traced back more than 1500 years. In India the carpet weaving was first introduced in Kashmir in late 15th Century. It's said that King Zain ul Abadin (Badshah) brought carpet weavers from Persia to Kashmir to train local inhabitants of the valley as spinning and weaving was already existing there from early time.

Carpet weaving soon flourished in the valley. King Badshah introduced Karkhana's (factories) for Carpet weaving enable the craft to flourish but after his reign it suffered a big set back. It was revived only at the time of Mughal Emperor Jehangir. 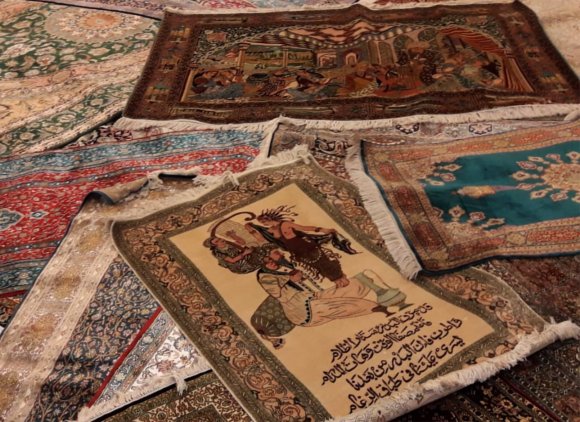 The story goes as the saint of the time Akhun Mulla Rahnuma, revived the industry of carpet weaving in the valley with the help of Ahmed Beg Khan then the governor of Kashmir in early sixteen's helped to develop the industry and it flourished during the Mughal period. The Mughal reign was followed by afghan and then Sikh rule, a highly unsettled period of Kashmir's during this time all craft declined. But the fortuitous development of carpet industry during Maharaja Ranbir Singh time mid 18th Century lead to an enhancement of carpet production both in terms of quality & quantity.

It was in this period that display of most beautiful mughal carpets from Kashmir were put up at crystal palace exhibition, London Caught the imagination of the west and it helped to create awareness and appreciation for Kashmir carpets over the western market. Carpet weaving in the valley got a fresh lease of life when European companies includes Mitcheil & Co. the East India Co., and C & M Hadow, established Karkana's (factories) in the valley and began exporting carpets to U.K. European countries, Canada, USA in the early Twenties centuries in 1902's due to world recession, the carpet Industries received a set back till the beginning of second world war, with both war and partition of India the trade and tradition suffered a tremendous set back internally and over the world market. In mid 19th Century with the help of few local manufacturer's of the valley the industry was re-established and since then it has made vast progress in the world market among such reestablished manufacturers is Shaw Dynasty.